A strong sense of purpose and a culture of entrepreneurship, team work and inclusion ensure people feel respected and valued, say the Adecco Group employees

The Adecco Group has been ranked as the second most attractive company in the world to work for, according to the seventh annual 25 WorldŌĆÖs Best Workplaces List, jumping from 7th place in 2016. The top three ranking underlines the companyŌĆÖs core commitment to ensure that its team members feel motivated and engaged to shape and improve the future of work for everyone. The Adecco GroupŌĆÖs purpose, its holistic approach to diversity and inclusion, and team spirit were widely cited by employees.

The Adecco Group made the top three for the first time in 2017, once again featuring in the top 10 of the annual 25 WorldŌĆÖs Best Workplaces List, as compiled by independent US research, consulting and training organisation Great Place to Work┬«. This yearŌĆÖs Great Place to Work┬« survey polled more than 10 million employees from 6,600 companies around the globe to determine the WorldŌĆÖs Best Workplaces list. The Adecco Group employees from 12 countries participated in the survey.

Shanthi Flynn, the Adecco Group Chief Human Resources Officer, explains: ŌĆ£Finding, growing and keeping people who are passionate about our purpose is a core strategic priority for the Adecco Group. Being ranked second on the 2017 WorldŌĆÖs Best Workplaces list is great, but I am most proud of the spirit our teams around the world have created for each other. All our colleagues focus on supporting each other to be the best they can be, to grow with us and serve each other, our clients, candidates, communities and partners. Our teams are communities who can rely on each other as well as achieve success, which underpins why they want to work for usŌĆØ.

The 2017 WorldŌĆÖs Best Workplaces results show that the Adecco Group employees feel they work for an inclusive company that embraces difference and prioritises flexibility, engagement, learning and openness as core values. Employees at all levels report that they feel respected, valued and given every chance to make their individual futures better. Learning and career development opportunities open to everybody play a major part, resulting in a culture of meritocracy which allows high-potential talents to rise from entry-level positions to leadership roles.

The Adecco GroupŌĆÖs purpose to make the future work for everyone plus the community programmes are a key driver of engagement for employees. Among the community programmes mentioned were Adecco Way to WorkTM and ŌĆśCEO for One MonthŌĆÖ, which aim to boost young peopleŌĆÖs employability and tackle youth unemployment, the IOC and IPC Athlete Career Programmes, which support elite athletes and para-athletes to transition into the labour market, and Win4Youth, which encourages employees and clients throughout the world to take part in sports events that make a difference.

More information on the award is available on the Great Place to Work┬« website .

ED BROADHEAD, FROM THE UK IS THE ADECCO GROUP

ED BROADHEAD, FROM THE UK IS THE ADECCO GROUP 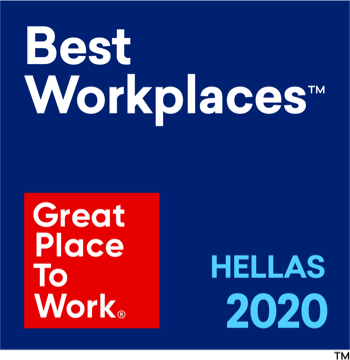